Liam Jegou has just made history taking Ireland’s first ever World Cup Gold medal in the C1 Men category. In the final of the ICF World Cup in Pau, France, Liam put down a stunning run of 100.35 seconds to take the top spot and secure his first ever World Cup medal, 0.73 seconds ahead of the Czech Republic’s Vaclav Chaloupka . This medal performance followed brilliant racing during the whole competition, with Liam also posting the fastest time in Fridays qualification event, and producing further composed racing to finish in 6 th in the semi final to secure his final spot. 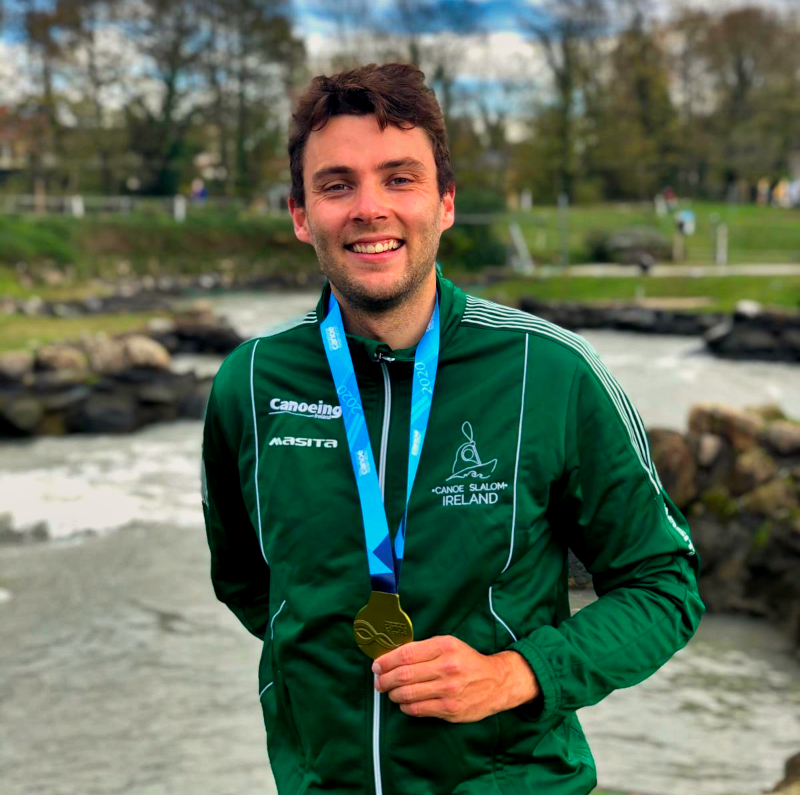 Liam in the past few years had moved to Pau to train full time so was effectively racing on home water, showing his mastery of this course with consistently fast racing across the whole competition. This outstanding result reflects the hard work the Irish athlete has been putting in all summer in the lead in to next years Tokyo Olympic Games, where Liam is the first athlete to have qualified for Team Ireland at the upcoming Games.

In an interview with the ICF Liam said, “I’ve been pushing myself really hard now for several years, and all summer, preparing for events like this. So I’m absolutely thrilled to put down a big run like this in the seniors, it means a lot.”

Elsewhere in the World Cup, London 2012 Olympian, Hannah Craig made a great return to competition finishing 13 th in the K1 Womens event, narrowly missing out on a spot in the finals. Giving Hannah great motivation to take on her bid to qualify for the Tokyo Games in early next year. In the K1 Men Ireland was represented by junior athlete Tom Morley, getting great experience at World Cup level and paving the way for a bright future.