The European Canoe Slalom Championships (18th-20th September) saw a very welcome return to international competition for us and our athletes. Held in Prague, Czech Republic, these Championships were a replacement for the original Euros, scheduled to take place in London in May 2020.

A strong team of athletes was in attendance from Ireland, consisting of Eoin Teague, Noel Hendrick and Alistair McCreery in the K1M, and Liam Jegou, Robert Hendrick and Jake Cochrane in the C1M. With a coaching team of Eoin Rheinisch, Nico Peschier and Richard Lee travelling with them. The first day of competition, Friday 18th, was by far the busiest, with all categories racing throughout the day in the qualification rounds of the race. In the K1M Noel Hendrick succeeded in progressing through to the semi-final, finishing 10th in the second round of qualification, just slipping through to the next round. Eoin Teague was the next best placed, finishing 36th overall, falling victim to time pentalties. Ali McCreey placed 45th, again suffering from penalties. The C1M had a very exciting day of racing with Liam Jegou, Tokyo Olympian, finishing second overall in the qualification round with a stunningly fast run, easily qualifying for the semi final. Jake Cochrane also joined Liam in the semi final, placing 4th in the second round of qualifying. Robert Hendrick came unstuck with penalties in his second run, finishing in 26 place overall. 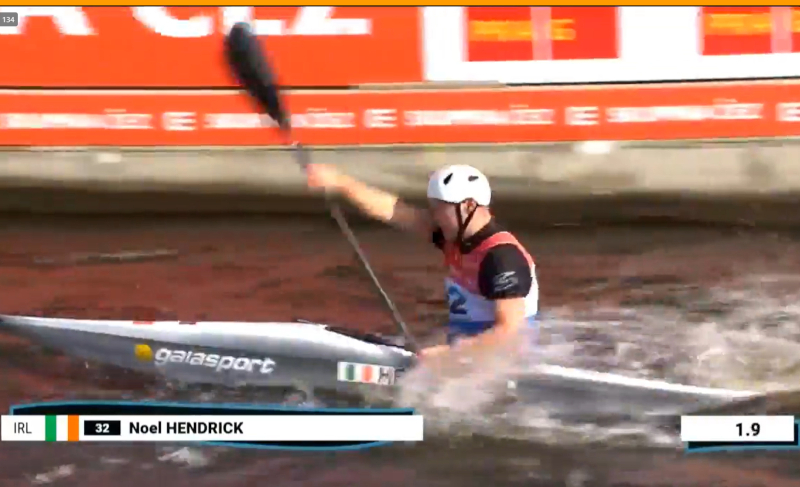 Saturday then, was showtime. Semi finals, finals and medals to be won. Noel Hendrick, first off in the K1M semi final, put down a very solid run, placing him shy of the top 15 final, in 21st place. Racing again later in the day with Eoin Teague and Ali McCreery in the K1M team event, Noel joined his team mates in a 12th place finish, suffering penalties in a very difficult race.

Sunday again was another big day with medals up for grabs in the C1 class. Jake, off early in the semi final, put down a storming run, just slipping off a wave at the bottom of the course and having to paddle back up the eddy costing him time and a probable place in the final. None the less finishing in an excellent 12th place. Liam Jegou off late in the semi final, couldnt recover from early penalties and finished in 15th.

The highlight of the competition came later in the afternoon where the Irish C1 Men took a silver medal in the team race, behind the Slovenian Team, the newly crowned European Champions. Liam Jegou, Jake Cochrane and Robert Hendrick put together a very solid run to take Irelands first team medal in a long time, doing so on what was a very difficult course. Having been the second team off in the race the 3 Irish athletes had a nervous wait, watching teams including World, European and Olympic Champions fall victim to the difficulty of the course in Prague, and only being beaten to the gold by a strong Slovenian team featuring the newly crowned individual European Champion, Benjamin Savsek. 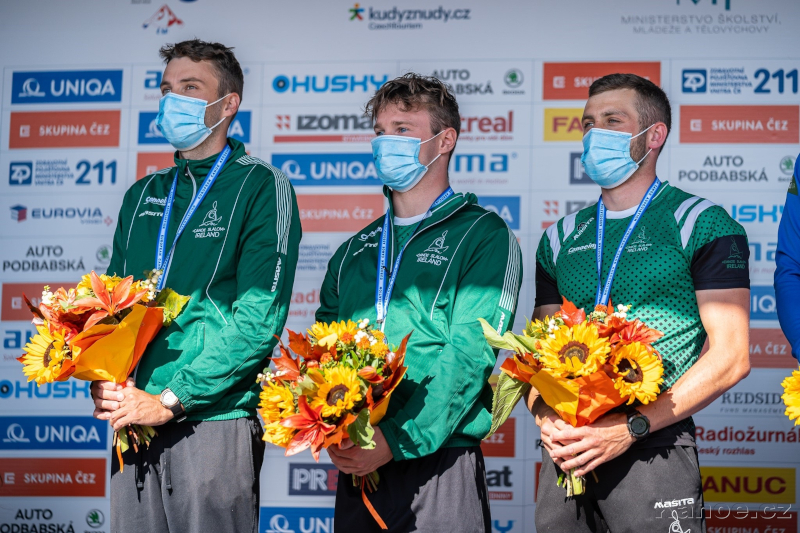